FIBA: So, a team goes 0-3 in pool play and is now in the final? How did that happen?

The team with the best record of 4-1 finishes third… go figure.

On the women’s side basically the same thing happened, yet this time Egypt benefited, and Mali got screwed. Egypt turned back Mali 68-63 to win the U18 Africa crown despite entering the final with a 1-3 record and having lost to Mali twice in the pool play double round-robin. Mali finished group play a perfect 4-0, yet their one loss relegated them to second place. Final standings: 1. Egypt (2-3), 2. Mail (4-1), 3. Senegal (1-3).

Mali finishes 4-1 and beats Egypt two out of three games, yet must settle for second place… what?

What should they have done in the three-team women’s event? A double round-robin, as they did, or a triple round-robin with six games each and team with the best record is the champion. Straightforward and fair to all.

Welcome to the International Basketball Opinion, the only blog specifically dedicated to international basketball news, business and current events.

After a four-month absence catching up with my family in El Salvador after being quarantined in Panama for five months the TIBO blog is back!!!

The FIBA African U18 Championships, men and women, are taking place this week in Egypt.

Despite COVID-19 ravaging the globe, and Africa being no exception (various national and continental competitions have been canceled or postponed such as the NBA/FIBA Basketball Africa League), FIBA and FIBA Africa have decided to push forward with the U18 championships.

Due to many African countries still being on mandated lockdowns, existing travel restrictions and simply many nations not being able to properly assemble and train their national teams, ONLY three women’s teams and four men’s teams are participating in the biannual events.

On the men’s side Mali will meet Senegal in today’s (Wednesday) final. That Mali is in the final should be of no surprise to anyone that follows international basketball as Mali is ranked #1 in the FIBA Youth Men rankings for Africa and they finished 2nd to the USA at last year’s FIBA U19 Basketball World Cup in Greece.

With only four teams in the men’s event, FIBA Africa set up the competition as follows:

And everyone is happy…? Right?

Here are the records after pool play:

Therefore, the undefeated Egypt had to take on the winless Mali again in the semifinals. Is it fair that a 3-0 Egypt had to beat the same team in a matter of days again just to get to the final?

No, not at all. It is difficult to beat the same team twice in just three days, and Egypt should have been rewarded for their perfect play in the pool games.

As I predicted, Mali played with nothing to lose and upset the host team 79-70! 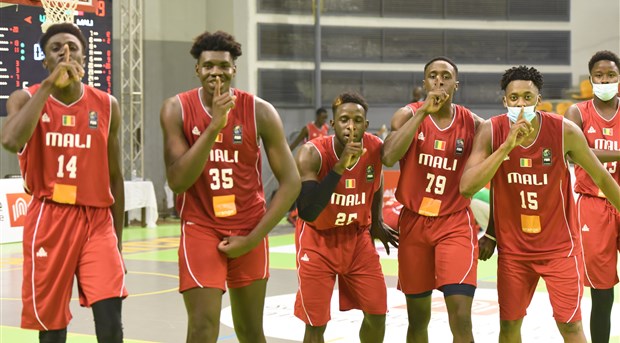 If Mali is to beat Senegal in the final, they will be the 2020 U18 African champions with a 2-3 record, while Egypt could finish in 3rd place with a 4-1 record.

Make sense to you? It does not to me…

FIBA! Think ahead and think outside the box. This could have and should have been prevented by thinking ahead, examining potential scenarios and coming up with some creative solutions.

I understand FIBA Africa wanted to guarantee five games to all four participants, but should that take priority over competitive integrity and making sure every game matters?

With this format, it guaranteed that the six pool play games did not matter one bit.

Here are a few ways I would have conducted this four-team tournament guaranteeing four to five games per team, that ALL games matter and that teams are rewarded for their consistent play.

Author Alan Walls is an American international basketball coach and administrator with over 25 years of experience on the youth, high school, NCAA, professional and national team levels in 16 countries and on five continents.  Walls has worked with the national federations of Turkey, Romania, Palestine, Mongolia, Kenya and El Salvador as well as coached or conducted camps and clinics throughout the United States – including his native Hawai’i – Mexico, Costa Rica, Argentina, China, Hong Kong and Israel. Walls is the founder and Secretary-General of the United Nations of Basketball (2020 launch).

Popular posts from this blog

By ALAN WALLS Welcome to the International Basketball Opinion, the only blog specifically dedicated to international basketball news, business and current events. “What's in a name? That which FIBA calls a competition by any other name would be as recognized?” – Coach Bill Shakespeare, head coach of the London Lords. During the pandemic many individuals and organizations have taken advantage of the free time to reevaluate their goals, mission and strategies. It is therefore a great opportunity for FIBA to reconsider its event naming and branding strategies. In 2002, FIBA launched their ONE FAMILY campaign which included renaming the five regional confederations and bringing them under the global FIBA umbrella. FIBA Europe FIBA Americas FIBA Africa FIBA Asia FIBA Oceania For competition purposes Asia and Oceania have since been combined and countries from the two regions complete in “Asia” events. Simple. Concise. Uniform. Yet, still 18 y
Read more

Panathinaikos for sale, jump from EuroLeague to Champions League?

By ALAN WALLS Welcome to the 12th edition of The International Basketball Opinion, the world’s newest and only blog specifically dedicated to international basketball news, business and current events. “The team must leave the EuroLeague and go to FIBA [Basketball Champions League].” Whoa! Shots fired! Will Panathinaikos BC, founded in 1919 (parent club founded in 1908), be the first to bail on the EuroLeague for the Champions League?  Will other teams follow suit? That statement was made Tuesday by the 38-time Greek league and six-time EuroLeague champion Panathinaikos BC’s owner Dimitris Giannakopoulos as part of his announcement that he is putting the team up for sale for 25 million euros ($29 million). Through the years Giannakopoulos, who took over control of the club from his father and uncle in 2012, has been critical of the EuroLeague’s administration and structure. As a result, the league has fined him on multiple occasions. "My family has put in
Read more

By ALAN WALLS Welcome to The International Basketball Opinion, the world’s only blog specifically dedicated to international basketball news, business and current events.    It was announced this week that the Basketball Africa League (BAL), a partnership between the NBA and FIBA, will finally tipoff May 16th with all 26 games taking place in the Rwandan city of Kigali. This is GREAT news for the NBA, FIBA as well as basketball players, coaches and fans from across the African continent! It is really going to happen! Congratulations to both the NBA and FIBA for their efforts in coming together to grow the game in Africa and push this project through, despite the many obstacles caused by the COVID-19 global pandemic. This is also great news as there is still plenty of time for the NBA and FIBA to reconsider their questionable decisions regarding the naming, branding and imaging of the BAL before the first game is played. Here is what I mean. NAME Actual name: Basketball Africa League Wh
Read more